Zeus was the keeper from my Caesar x Saba litter. I wanted a bitch to keep, but he just had that extra something I couldn’t go past. He is calm like his dad and loves water like his mum. He has gone on to have an amazing career in the show ring and dog sports arenas. He loves Lure Coursing, but is known as the One Corner Wonder!  He has an explosive start, powers away until the 1st or 2nd corner and then comes back happy as anything.

He gained his Ch title 2 wks after his 1st birthday and he gained his Grand Ch just 2wks before his 3rd birthday.  By 3 ½ yrs he was a Supreme Champion. Zeus has along the way won 2 x Runner Up Best Exhibit in Show at an All Breeds show, a Hound show Best Exhibit in Show under a Hound Specialist and was Reserve Challenge Dog from 92 males at the 10th National RR Show. 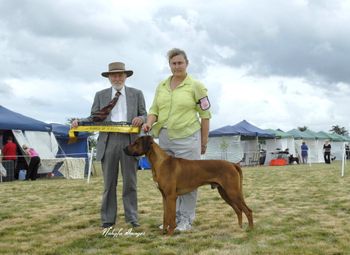 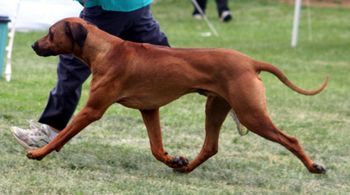 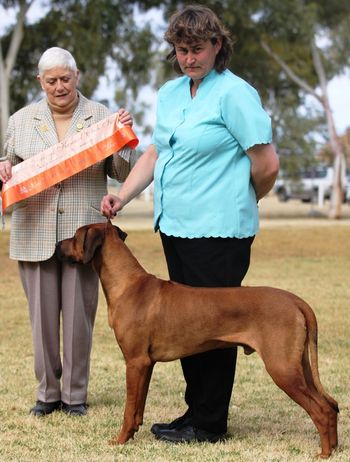 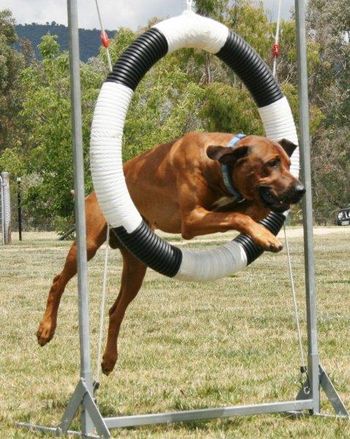 doing the hoop in agility 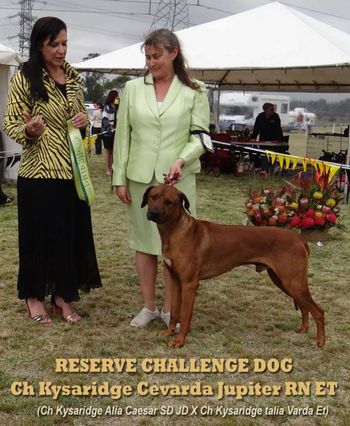 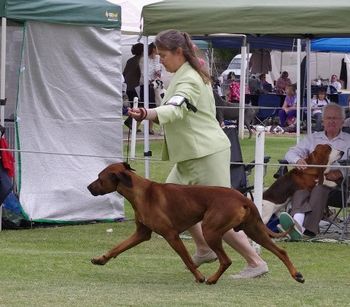 moving at the national show 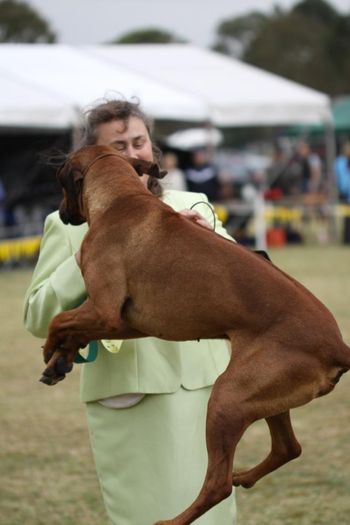 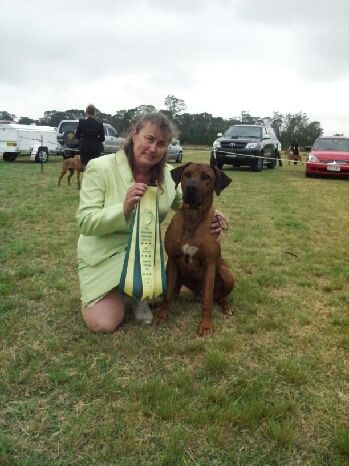 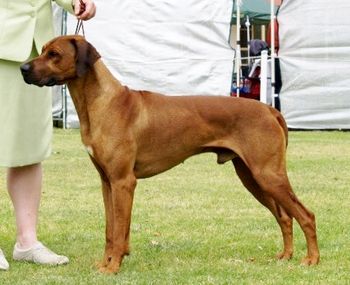 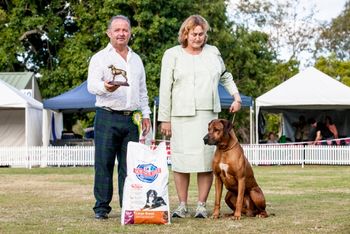 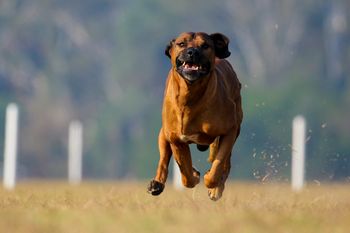 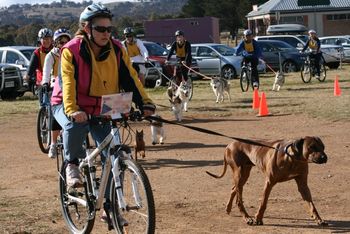 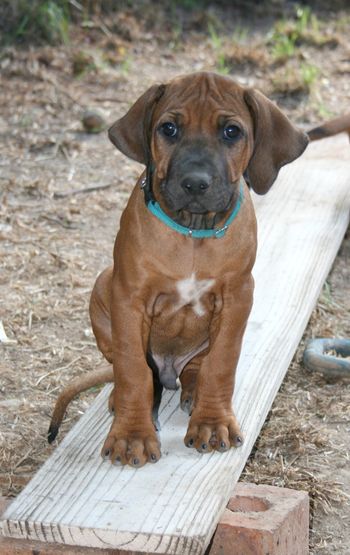 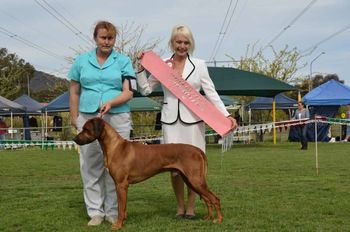 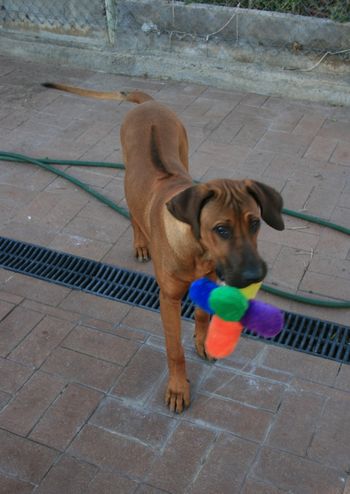 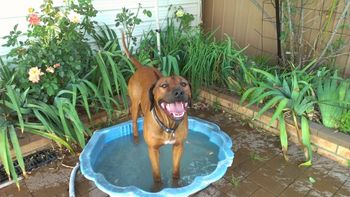