Caesar grew up at my brothers place with 4 kids to play with. He did his basic obedience training with the eldest Patricia on the end of the lead. As a youngster he was known as Captain Kangaroo in the show ring, due to his habit of bouncing shoulder high when he was happy, which was quite often.

He did well in the show ring right from the start. His first Best of Breed in competition was when he was only 6 months old. He gained his title at 12 months and his Grand Ch a month after his 3rd birthday. This was all done on Dog CC points, as back then the Best of Breed didn’t get any extra points. When he retired from the ring at 5 year of age (he was bored with it) he had over 1300 pts all from Challenges only.

He started in Agility later in life, but loved it. Being a big dog with plenty of enthusiasm had its draw backs, as he tended to forget to duck into tunnels and sent them flying. He was often used as the test dog on new equipment, as if it held up to him hitting it at speed then it would hold up to anything. He gained his first title (Novice Snooker) in August 2011 just before his 8th birthday and his final title (Novice Jumping) a year later as a 9 year old. Due to his age and size, we retired from competitive agility after that, as I wanted him to remain sound into old age.

Caesar is now 14 ½ yrs old and is still reasonably fit and healthy for a dog of his age. He enjoys telling his granddaughter and great-granddaughter off for stealing his comfy bed. 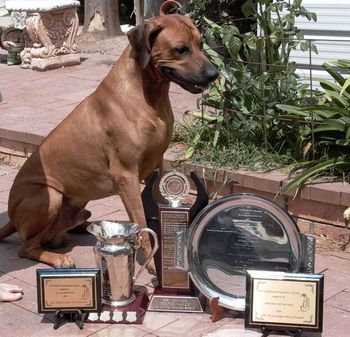 RR of the Year 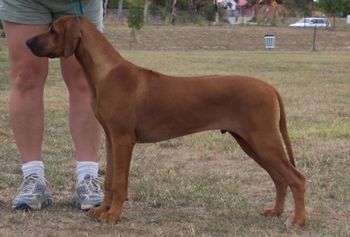 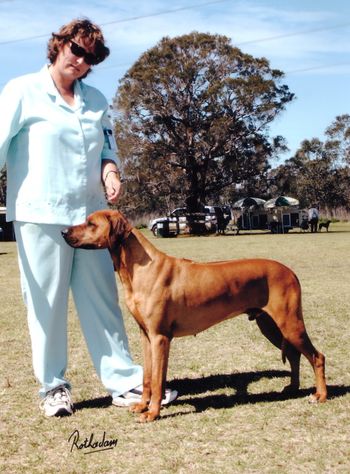 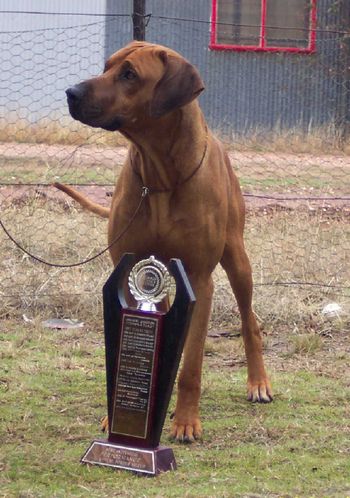 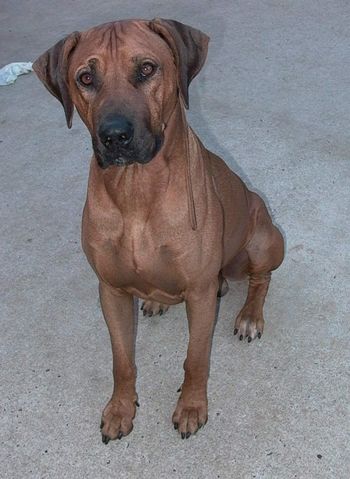 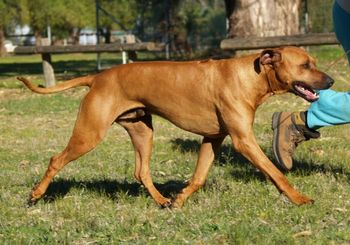 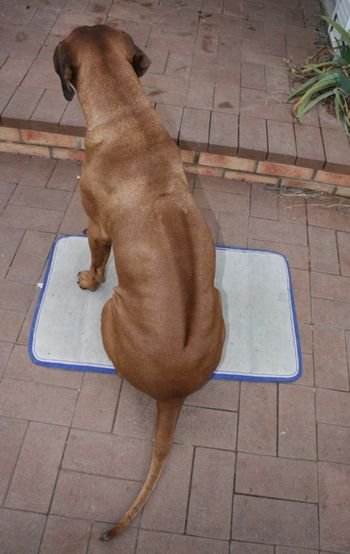 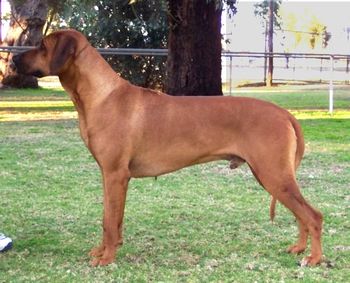 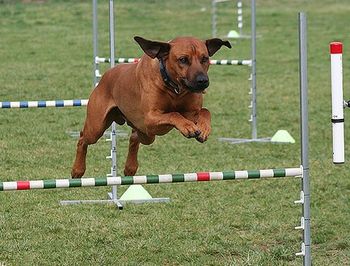 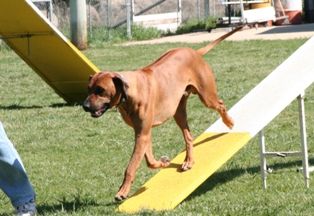 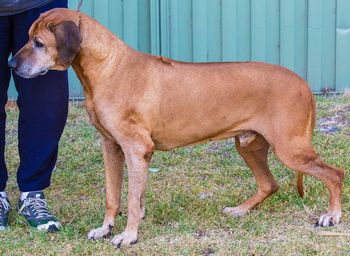 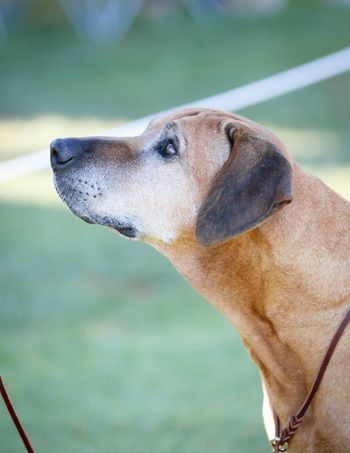